Going to the theater is one of the most popular events for New York City tourists. We want you to have the best information to make your trip to the Great White Way as enjoyable as possible.

Off Broadway is the country’s most artistically influential and culturally diverse theatre community and on any given day you can find literally dozens of productions playing throughout the City. There are performances happening in every neighborhood in every style for every taste and budget. 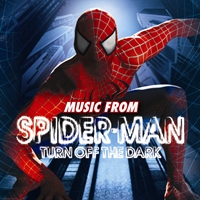 From award-winning director Julie Taymor (The Lion King) and U2’s Bono and The Edge comes Spider-Man: Turn Off the Dark, the musical sensation that has rocked Broadway like never before. Based on the classic Marvel comic books, this show pulls the audience into Spidey’s incredible world with aerial acrobatics, a rocking score, and stunning visual effects. Get your Spider-Man: Turn Off the Dark tickets and experience the web-slinging thrill live! 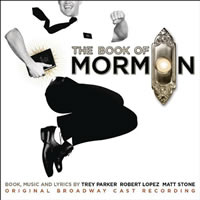 The Book of Mormon Broadway Tickets

From the outrageous creators of South Park and a co-writer of the Tony Award-winning musical comedy Avenue Q comes The Book of Mormon, a hilarious and heartfelt new musical. Get your Book of Mormon tickets today and see the show that has the Broadway world buzzing! 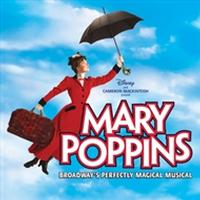 Children of all ages love this enchanting Disney musical, with songs like “Chim Chim Cher-ee.” The story takes place in London at 17 Cherry Tree Lane. Young Jane and Michael Banks are out of control, but their new nanny understands discipline. With a little magic, the children can dance with statues in a “Jolly Holiday,” meet the Bird Woman and “Feed the Birds,” and even enjoy doing their chores. Music is a key part of the show, and fans with Mary Poppins tickets will enjoy Academy Award-winning songs such as “A Spoonful of Sugar” and “Let’s Go Fly a Kite.” 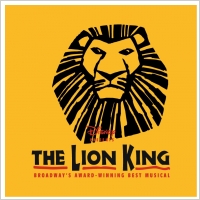 The Serengeti comes to life as never before through the extraordinary vision that is The Lion King. More than 50 million people have felt the thrill of this Tony Award winner for Best Musical, which tells the classic journey of young royal heir Simba.

42nd Street
A Tony-winning revival of the classic tale of a young star with big Broadway dreams.

Mamma Mia!
A musical with a disco beat featuring the music of Swedish pop group ABBA.

A Year with Frog and Toad
A kid-friendly new musical based on the award-winning children’s books of Arnold Lobel.

Aida
A pop twist on the classic opera, featuring an electric score by Elton John and Tim Rice.

Movin’ Out
27 amazing dancers and 24 Billy Joel classics come together in this electric hit.

Beauty and the Beast
Disney’s Tony-winning stage adaptation of the hit animated “tale as old as time.”

Nine
Antonio Banderas makes his B’way debut as a film director in the Fellini mold.

Cabaret
This Tony winner is a divine and decadant trip back to a 1930s Berlin nightclub.

Rent
A Tony-winning rock hit about young artists living on the edge in New York City.

Chicago
Vaudeville killers Roxie and Velma face off in this Tony-winning musical hit.

The Lion King
Based on the popular film, this Tony winner is an adventure to another world.

Forbidden Broadway (Off Broadway)
A deliriously funny love letter to the theater scene.

The Look of Love
The music of Bacharach and David is celebrated in this stylish musical revue.

The Phantom of the Opera
A haunting Tony-winning musical about a young singer and her mysterious mentor.

The Producers
Based on Mel Brooks’ film, this musical comedy hit is the biggest Tony winner ever.

I Love You, You’re Perfect, Now Change (Off Broadway)
A musical about coupledom and all of its trials and tribulations.

Urban Cowboy
Can cowboy Bud raise the roof, get the girl and ride the bull, all before last call?

La Bohème
A stunning production of the classic opera, about doomed love in 1957 Paris.

Urinetown
This Tony Award champ is a spoof of musical theater–and a hilarious success.

Les Miserables
Based on the classic novel, this beloved musical is an international sensation. Zanna, Don’t! (Off Broadway)
The story of a matchmaking teen with magical powers who turns love upside down.Comedy & Drama

A Day in the Death of Joe Egg
Peter Nichols’ play concerns a young couple and their handicapped child “Joe Egg.”

Barbra’s Wedding (Off Broadway)
A comedy about Miss Streisand’s next door neighbors, dealing with her big day.

Take Me Out
A baseball player at the top of his game “comes out” to his team and the world.

Tea at Five (Off Broadway)
Star Trek‘s Kate Mulgrew portrays Katherine Hepburn in both 1938 and 1983.

The Last Sunday in June (Off Broadway)
A young couple’s Gay Pride Day is interrupted by visiting friends.

The Play What I Wrote
This Brit hit features involves a comedy team and nightly celebrity guests.

Our Lady of 121st Street (Off Broadway)
A group of friends are reunited for a funeral of a nun.

Vincent In Brixton
This acclaimed play is based on the early years of artist Vincent van Gogh.Special

As Long As We Both Shall Laugh
Comedian Yakov Smirnoff takes on the battle of the sexes in this solo show.

21481Def Poetry Jam
Nine young poets take to the stage in this uplifting evening of entertainment.

The Donkey Show (Off Broadway)
A Shakespeare tale told to the beats of the ’70s most seductive disco hits.