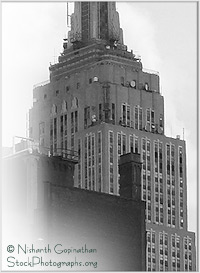 New York’s famous Empire State Building, a New York City Landmark and a National Historic Landmark, soars more than a quarter of a mile into the atmosphere above the heart of Manhattan.
Located on the 86th floor, 1,050 feet (320 meters) above the city’s bustling streets, the Observatory offers panoramic views from within a glass enclosed pavilion and from the surrounding open-air promenade.
Since the Observatory opened to the public in 1931,

almost 110 million visitors have thrilled to the awe-inspiring vision of the city beneath them. 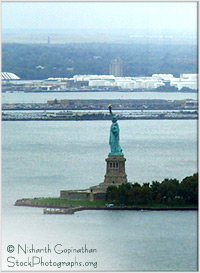 Located on Liberty Island in New York Harbor, the Statue of Liberty was a gift of international friendship from the people of France to the people of the United States and is one of the most universal symbols of political freedom and democracy.
Liberty Island is accessible by Circle Line-Statue of Liberty Ferry, Inc. ferries only. One round trip ferry ticket includes visits to Liberty and Ellis Islands. 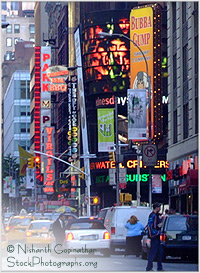 Legendary (42nd Street) Times Square, the heart of Broadway and of countless huge New York gatherings, recently celebrated its 100-year anniversary.
Filled with its neon signs, screaming ads, giant screens, Times Square “the crossroads of the world” is more than ever a sight that overwhelms, its flashing lights reaching to the sky.
The main attractions in Times Square include ABC Studios, WWE Store, Toysrus and MTV’s TRL.
At the Times Square Visitors Center you can get free citywide information from multilingual tourist counselors, get free maps and brochures, purchase tickets to Broadway and Off-Broadway shows from the Broadway Ticket Center & more. 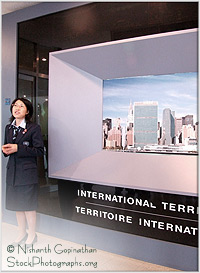 The United Nations Headquarters building in New York City is the home of the international organization and one of the most visited sites in the city.
Guided tours are conducted seven days a week (Monday to Friday only during January and February). Tours are conducted from 9:30am to 4:45pm Monday to Friday; Saturday and Sundays from 10:00am to 4:30pm
Tours in English normally leave every half hour and last for approximately 45 minutes to one hour. 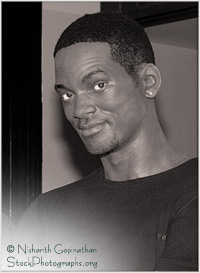 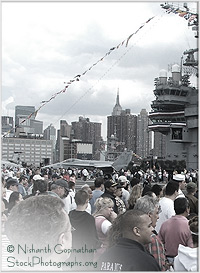 One of the most successful ships in US history is now one of the most unique attractions in New York City. Berthed on the mighty Hudson River in Manhattan, the Museum boasts educational exhibits and exciting events.
After being closed for a lengthy renovation, the museum reopened to the public on Nov 8th 2008.
Spring / Summer Hours (April 1 – September 28)
Weekdays 10:00am-5:00pm
Saturday & Sunday 10:00am-6:00pm
Fall / Winter Hours (October 1 – March 31)
Mondays through Sunday 10:00am-5:00pm
Open all Holidays except Thanksgiving and Christmas Day 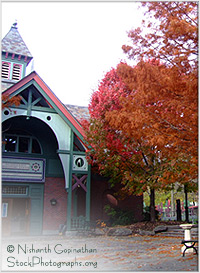 The Central Park extends from 59th to 110th streets and 5th Avenue to 8th Avenue.
It is home to a zoo, playgrounds, skating rinks and a lot more.
One of the most romantic and popular ways to see Central Park is from a horse-drawn carriage.
Rides cost $34 for the first 20 minutes and $54 for a 45 to 50 minute tour. For more information, call 212-246-0520.
These carriages line up at 59th Street and Fifth Avenue across from the Plaza Hotel. 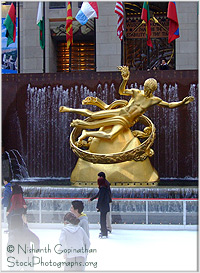 The Metropolitan Museum has specimens of different categories of art from all over the world during every epoch of recorded time .
Going through the entire Met is a full day affair. Within are more than two million works of art including arts of Africa, Asia, Europe, Egypt, Greece, Rome, medieval art, musical instruments, photographs, and 20th-century art. 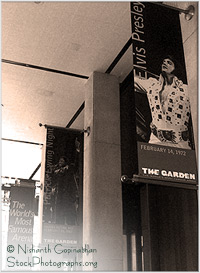 The Madison Square Garden or as it is popularly known, “The World’s Most Famous Arena” is a must see for all sports fans.
Be sure to take an All Access Tour of the garden and visit the Knicks, Rangers and Liberty locker rooms; tour backstage of the Theater at Madison Square Garden; go inside the Star dressing rooms; see players practicing, performers in rehearsal or crews staging events!
You’ll never know what you’ll see on the All Access Tour.