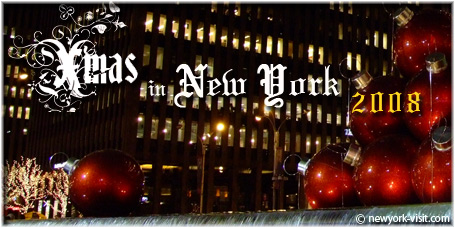 December 2012 – January 2013
The best free entertainment during the holidays are the numerous tree lightings all over the city.
Holiday Christmas Tree Lightings 2012

December 2012 – January 2013
Every year, these temporary holiday shopping bazaars spring up in parks and public spaces around the city. Vendors set up booths to sell unique holiday gift items — many of them hand-made.
New York City Holiday Shopping Fairs

Winter Solstice Concerts at St John the Divine: In celebration of the winter solstice – the shortest day and longest night of the year – the Cathedral of St John the Divine hosts special concerts. 18 – 20 December 2012

Radio City Christmas Spectacular 2012: A spectacular show at the dazzling 1930s art deco landmark Radio City Music Hall, this music and dance revue has been going strong since 1933, making it staple Christmas fodder along with The Nutcracker, the turkey and the Rockefeller Center Christmas tree. 07 November – 30 December 2012

The lighting of the spectacular Rockefeller Center Christmas Tree signals the start of the festive season in New York City. With more than 25,000 colourful twinkling lights, the tree is loved by children and adults across the land. November 2012 – January 2013