What to see in bronx New York City

What to see in bronx – Tourist Attractions in Bronx, New York City

What to see in bronx

What to see in bronx

Rananchqua by the native Siwanoy band of Lenape, and was divided by the “Aquahung” river, now known as the Bronx River. The land was first settled by Europeans in 1639, when Jonas Bronck, for whom the area was later named, established a farm along the Harlem River in the area now known as the Mott Haven section. The Dutch and English settlers referred to the area as “Bronck’s Land”.
The territory now contained within Bronx County was originally part of Westchester County, an original county of New York state. The present Bronx County was contained in four towns: Westchester, Yonkers, Eastchester, and Pelham.
In 1846, a new town, West Farms, was created by secession from Westchester; in turn, in 1855, the town of Morrisania seceded from West Farms. In 1873, the town of Kingsbridge (roughly corresponding to the modern Bronx neighborhoods of Kingsbridge, Riverdale, and Woodlawn) seceded from Yonkers. 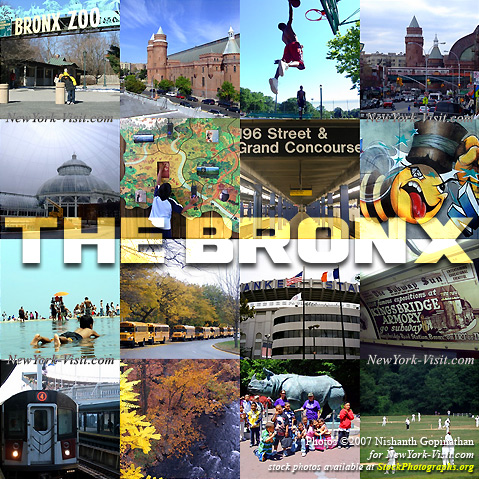 The Bronx underwent rapid growth after World War I. Extensions of the New York City Subway contributed to the increase in population as thousands of immigrants flooded the Bronx, resulting in a major boom in residential construction. Among these groups, many Irish and Italians but especially Jews settled here. Author Willa Cather, Pierre Lorillard who made a fortune on tobacco sales, and inventor Jordan Mott were famous settlers. In addition, French, German, and Polish immigrants moved into the borough. The Jewish population also increased notably during this time and many synagogues still exist throughout the borough, although many of these have been converted to other uses. In prohibition days, bootleggers and gangs ran rampant in the Bronx. Mostly Irish and Italian immigrants smuggled in the illegal whiskey. By 1926, the Bronx was noted for its high crime rate and its many speakeasies.

After the 1930s, the Irish immigrant population in the Bronx decreased as a result of better living conditions in New York suburbs and in other states. The German population followed suit in the 1940s. So did many Italians in the 1950s and Jewish-Americans in the 1960s. As the generation of the 1930s retired, many moved to southeastern Florida, west of Fort Lauderdale and Palm Beach. The migration has left a thriving Hispanic (mostly Puerto Rican and Dominican) and African-American population which continues to live in the Bronx to this day. During the mid-1960s to the mid-1970s, the Bronx went into an era of sharp change in the residents’ quality of life. Many factors have been put forward by historians and other social scientists. They include the theory that urban renewal projects in the borough (such as Robert Moses’ Cross-Bronx Expressway) destroyed existing low-density neighborhoods in favor of roads that produced urban sprawl as well as high-density housing projects. Another factor may have been the shift by insurance companies and banks to stop offering financial services to the Bronx and other working-class industrial areas (the “Rustbelt”) in favor of the booming suburbs in “the Sunbelt”-a process known as redlining. For a period, a wave of arson overtook the southern portion of the borough’s apartment buildings, with competing theories as to why. Some point to the heavy traffic and use of illicit drugs among the area’s poor as causing them to be inclined to scam the city’s benefits for burn-out victims as well as the Section 8 housing program. Others believe landlords decided to burn their buildings before their insurance policies expired and were not renewed. After the destruction of many buildings in the South Bronx, the arsons all but ended during the tenure of Mayor Ed Koch with aftereffects still felt into the early 1990s.

The Bronx Zoo is a world-famous zoo located within the Bronx Park, in the Bronx borough of New York City. The largest metropolitan zoo in the United States, the Bronx Zoo comprises 265 acres of parklands and naturalistic habitats home to over 4,000 animals, many of which are endangered or threatened species.
The Bronx Zoo

America’s first great literary master lived in this farmhouse at the end of his life, and today the small, modest home looks very much as it did when Poe lived here 1846-1849. While living at the cottage, Poe wrote Annabel Lee, Ulalume, The Bells and Eureka. The house tour is complemented by an award-winning video that provides insight into the writer and the man.
Edgar Allan Poe Cottage

A national historic landmark, the New York Botanical Garden (NYBG) occupies 250 acres, 40 of which are pre-settlement forest. NYBG features 27 outdoor gardens and plant collections and the nation’s most beautiful Victorian conservatory, the Enid A. Haupt Conservatory, a beautiful crystal palace that is home to exotic plants from around the world.
New York Botanical Garden

Since its founding in 1863, the Woodlawn Cemetery has been the final resting place for America’s rich and famous, among them George M. Cohan, Augustus D. Julliard, Duke Ellington, Miles Davis and merchant kings F. W. Woolworth, J.C. Penney and R.H. Macy. Woodlawn is also an oasis of art, history and beautiful ecology, and serves as a sanctuary to diverse bird life and many of New York’s Great Trees.
Woodlawn Cemetery